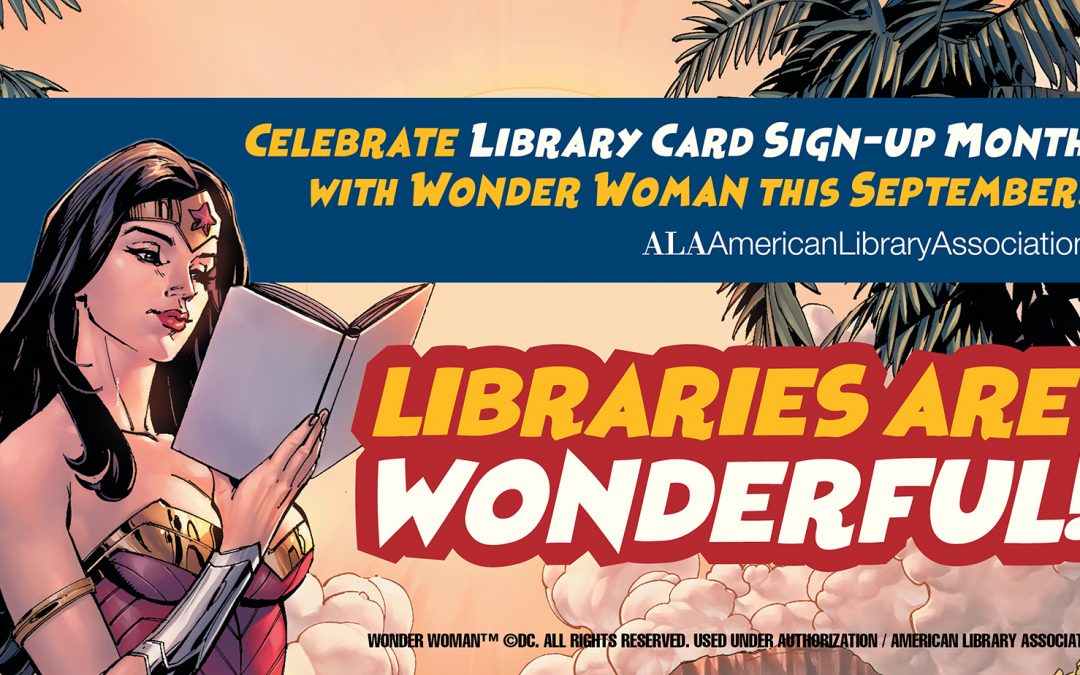 This September, DC’s Wonder Woman is embarking on a new mission to champion the power of a library card as Library Card Sign-up Month Honorary Chair. A founding member of the Justice League, Wonder Woman is known for strength, compassion and truth. Armed with the Lasso of Truth, Wonder Woman makes a perfect ambassador to support the value of learning and the role libraries play in transforming lives and strengthening communities through education.

Wonder Woman posters, stickers and bookmarks are currently available for purchase through the ALA Store. Tools for libraries to participate are available on the Libraries Transform website. Registration is required, but the tools are free! Sign up to receive print PSAs, digital graphics, artwork for library cards, PSA scripts, a sample press release, proclamation, and more.

Fans can learn more about Wonder Woman at DCcomics.com. Since her introduction in October 1941 in All-Star Comics #8, Wonder Woman has graced comics, video games, headlined her own television show and feature films, and appears in the hit animated series “DC Super Hero Girls” on Cartoon Network and Netflix.