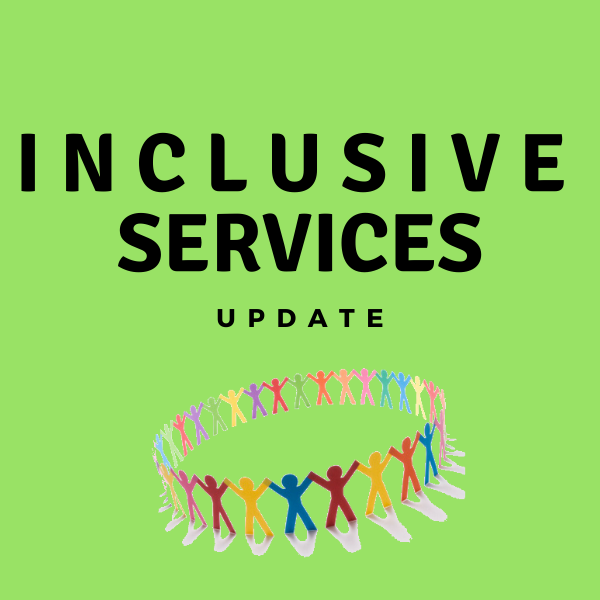 I wanted to briefly talk to you about November themes you might be using this month and how you might want to rethink what has been used historically in the past. We are now passing through the Halloween season, a season that sees issues of cultural appropriation arise more frequently, and people become aware of the effects of their actions in dressing up and in turn mocking other cultures. This does not end with the month of October. November is Native American Heritage Month and includes the Thanksgiving holiday. Most Americans have no idea of the true meaning behind Thanksgiving, as they are often taught a very fairytale-like version in school  (i.e. pilgrims, Native Americans, etc). These images are stereotypical and carry messages of who or what Native Americans are supposed to be and enforces a false history.

Our work in libraries on issues of social justice and equity should be a central thread through all of our educational events and programming. Please take a look at your offerings this month with an inclusive lens. If you want to do something honoring the holiday, take the what-I’m-thankful approach, turkeys, or harvest imagery instead. If you want to take some time to unlearn what you’ve learned about Thanksgiving, you can start with a teacher’s post about Thanksgiving books: Kara Stewart’s “Children’s Books about Thanksgiving” and the book “Deconstructing the Myths of The First Thanksgiving“.

Know that we are all on this path of learning and growing together. If I can help in any way, I am happy to do so at any time.

Abstract: Contestation over archival access and ownership have been a feature of the relationship between European countries and their former colonies in Africa and Asia because records displaced to Europe in the context of Third World political decolonization in the mid-20th century have rarely been repatriated. How to imagine a future in which such archival legacies of colonialism are redressed? This open classroom explores this question with renowned personalities and leading experts. Read more

Abstract: How can archivists and archivists be more responsive and accountable to Indigenous peoples and communities? This open classroom explores this question in relation to a variety of archival principles-based guiding documents, and the project based out of McMaster University, “The Challenge of Reconciliation: What We Can Learn from the Stories of the Hamilton Mountain Sanatorium and the Mohawk Institute Residential School.” Read more

National Native American Heritage Month celebrates the diverse and rich culture, history, and traditions of Native people. The observance is also a time to educate anyone and everyone about the different tribes, raise awareness about the struggles native people faced as well as in the present. In 1990, President George H. W. Bush approved a joint resolution designating November of 1990 National American Indian Heritage Month.

National Family Caregivers Month, proclaimed in 2012 by Former President Barack Obama. It honors the more than 40 million caregivers across the country who support aging parents, ill spouses or other loved ones with disabilities who remain at home.

National Adoption Month raises awareness and increases outreach concerning the need for permanent families across the United States. President Clinton expanded the awareness week to the entire month of November in 1998.

November 2: All Souls’ Day, a Christian holiday commemorating all faithful Christians who are now dead. In the Mexican tradition, the holiday is celebrated as Dia de los Muertos (October 31- November 2), which is a time of remembrance for dead ancestors and a celebration of the continuity of life.

November 9: World Freedom Day. In 2001, President George Bush proclaimed World Freedom Day on November 9th to commemorate the fall of the Berlin Wall. This historic event signified the end of communism in Central and Eastern Europe.

November 11: Veterans Day, a U.S. federal holiday honoring military veterans. The date is also celebrated as Armistice Day, or Remembrance Day, in other parts of the world and commemorates the ending of World War I in 1918.

November 15: Lhabab Duchen is a festival observing the descent ofBuddha from heaven to earth.

Shichi-go-san celebrates the growth and well-being of young children.

November 19: International Men’s Day emphasizes the important issues affecting males, including health issues that affect males, improving the relations between genders, highlighting the importance of male role models and promoting gender equality. This holiday is celebrated in over 70 countries.

November 20: Transgender Day of Remembrance, established in 1998 to memorialize those who have been killed as a result of transphobia and to raise awareness of the continued violence endured by the transgender community.

November 23: Niinamesai is a harvest festival that gives thanks for a good crop yield.

November 24: Thanksgiving in the United States. It began as a day of giving thanks for the blessing of the harvest and of the preceding year.

Native American Heritage Day, held annually the Friday after Thanksgiving, encourages Americans of all backgrounds to observe and honor Native Americans through appropriate ceremonies and activities. The day was signed into law by George W. Bush in 2008.

November 25-26: Day of the Covenant, a Baha’i holiday celebrating the appointment of Abdúl-Baha as the faith’s successor.

November 27- December 24: Advent, a Christian season of celebration leading up to the birth of Christ.

November 28-January 6: Nativity Fast, a period of abstinence and penance practiced by the Eastern Orthodox, Oriental Orthodox and Eastern Catholic churches in preparation for the Nativity of Jesus.