An Inclusive Technology: Bring Virtual Reality to Your Library for Less than $20

Augmented reality hit the world by storm with the arrival of the Pokemon Go! app, but now virtual reality is here! Libraries can capitalize on this newer technology to bring fun as well as educational experiences to all library users. Ages 7 to 100 welcome!

Virtual reality equipment and accompanying software like the Occulus Rift are pricey, but the Google Cardboard glasses are a bargain ringing in under $20 for a headset made of cardboard and lenses. Google recommends ages seven years and older.

Note: Directors who attended the 2017 WVLS Director’s Retreat left with a free pair!

Users download the free Cardboard app on their smartphone, open the app, scan a QR code on the side of the headset, put their phone in the device, lift the headset to their eyes and their off! The Cardboard app comes with free introductory content as well as a link to the YouTube virtual reality channel.

Many content resources are out there for the public and educational systems to take advantage of for free! Viewers can view artifacts, visit far off places, and witness new cultures. The Wisconsin capitol recently released a virtual tour of the capitol building. Some libraries are Bringing Virtual Reality to Our Senior Patrons.

Ages seven (recommended) and up can use this technology. If you keep safety in mind and use assistants to guide users or perhaps a swivel chair, this technology can be inclusive for most physical abilities and technological skill levels. Check out this article from the National Public Radio: Affordable Virtual Reality Opens New Worlds for People with Disabilities. 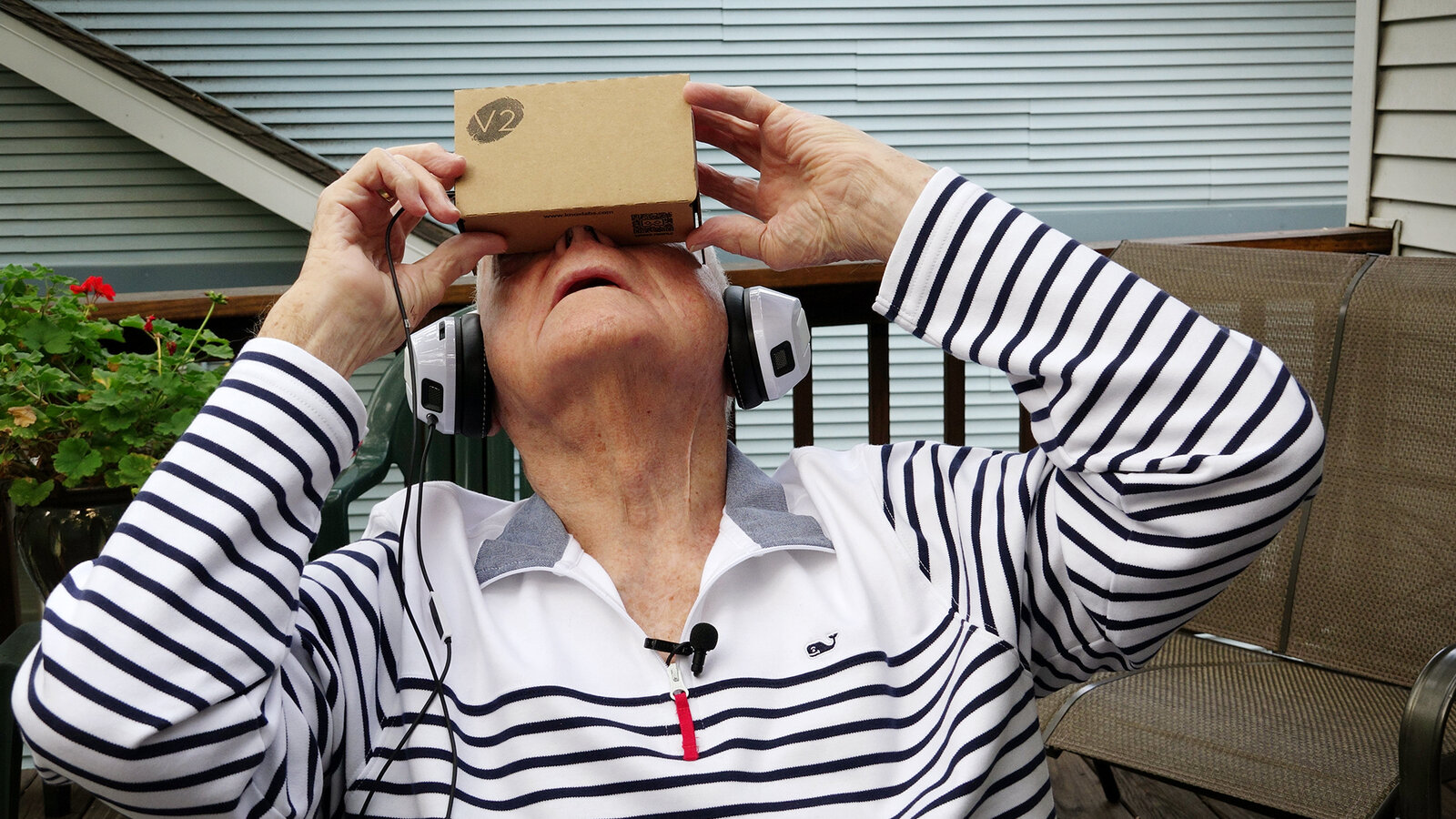